Chances are that you have most likely already seen the picture below if your background is related to either chemistry of physics, or if you’re interested in science in general! Very famous indeed is this group picture of the Solvay Conference on Physics of 1927 (held in Brussels every year), where leading physicists such as Albert Einstein and Marie Skłodowska Curie took part in what can be considered one of the most notable events in modern science. As a matter of fact, out of the 29 attendees at the conference that year, 17 were (or became) Nobel Prize winners. 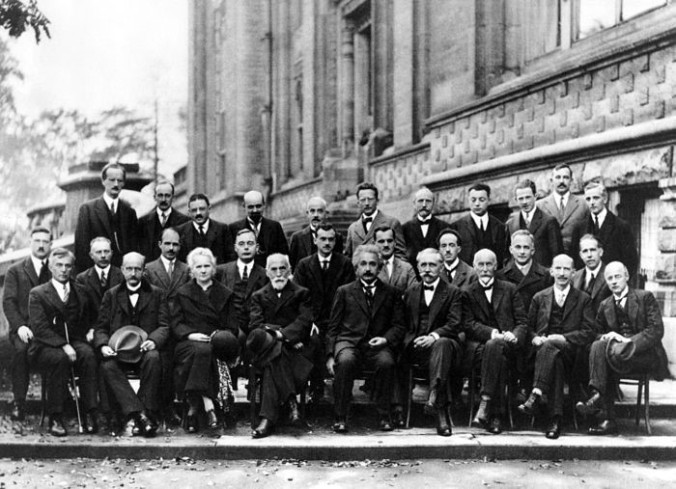 Whereas these famous scientist had discussions on photons and electrons in 1927, the topics of the current Solvay conference alternate between physics and chemistry. The meetings give the opportunity for the world’s leading researchers to come together and discuss their advancements in the field. This year’s chemistry edition focused on the concept of chirality and symmetry breaking at molecular level, and was therefore an opportunity not to be missed as a member of the CORE project. Being active participants and getting in contact with many fascinating aspects of chirality sounded very attracting. The event completely met our expectations: we attended inspiring talks and suggestions from both academic professors and industrial experts. We also had the chance to meet and have face-to-face discussions with people that up to now we had just been reading/referring to in scientific papers.

In particular, we were enthusiastic and pleased to finally meet Professor Cristobal Viedma, from the Complutense University of Madrid, who kick-started our research with his (coincidental!) discovery of symmetry breaking by grinding, a milestone for the deracemization of chiral molecules.

It is clear that a completely new way to resolve speciality materials could fundamentally change traditional chemistry. In this last decade, Viedma ripening has become the most decisive step towards the revolution we are witnessing right now in chiral resolution via deracemization. Viedma and other pioneers inspired many of us (Early Stage Researchers) to work hard for the evolution of this process and its extensions to other types of compounds (racemic compounds). Why no serendipity in CORE Network? Who will be the next Viedma in CORE family? To be continued…

Jan, Giuseppe and Aliou are three of the 15  Early Stage Researchers in the CORE Network.